Simran Bal is a 19-year-old student from Leamington Spa, England. Sim was diagnosed with type 1 diabetes 10 years ago. In recent times she has found a willpower and passion to support her local NHS diabetes team, and openly started this interview by sharing how her first decade in living with this condition had been an “emotional roller-coaster” for her, and how in being diagnosed just after the new years celebrations, in addition to also being just after her birthday and Christmas, the whole experience was horrible for her – with the classic symptoms of feeling sickly, urinating a lot, being in a bad mood and feeling tired throughout that time. Simran has begun engaging with others connected by type 1 diabetes and she ‘Simran-a-grams’ (has an Instagram account) to connect called t1d.and.us. 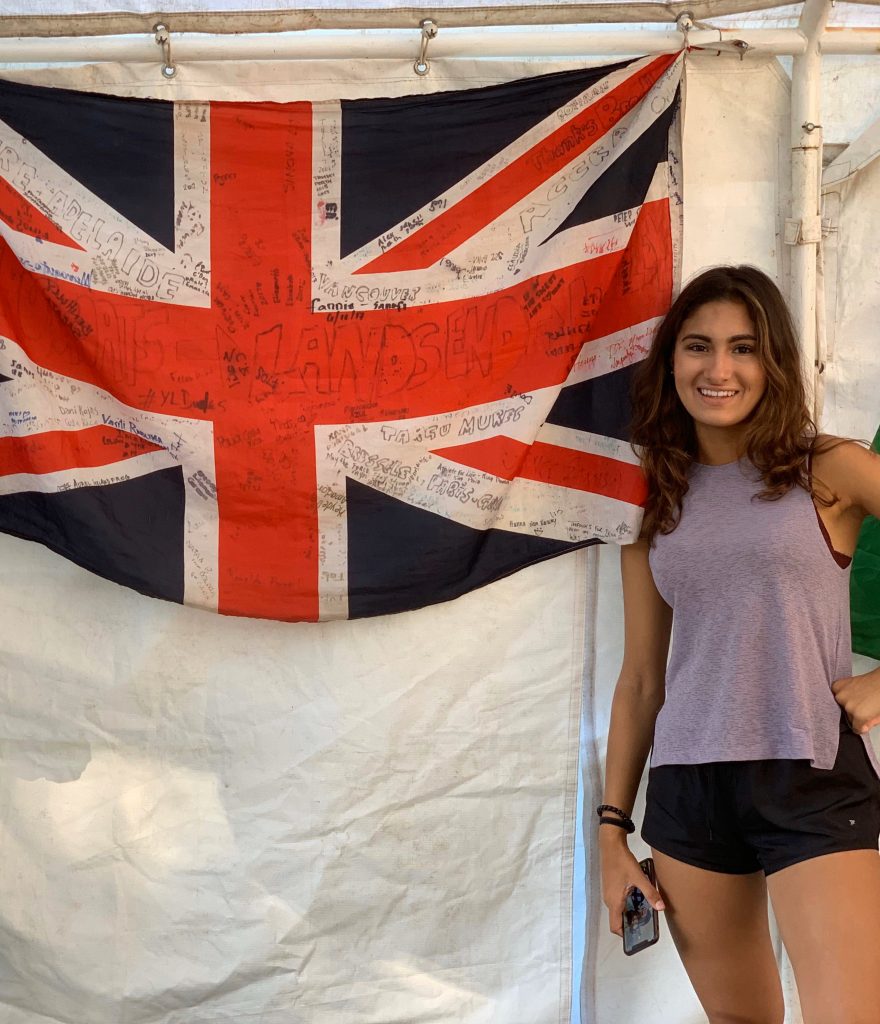 1. Sim, you attended the first DiAdvocates Camp in 2019; how was that experience for you in who you met, the sessions you received and impact it had?

SB: “The first word that comes to my mind when I think back to that camp is “wow!” I’d never been around so many other people living with type 1 diabetes at one time, and we were together for 5 days: sleeping, eating, injecting, laughing, crying, sharing our deepest emotions, it all inspired me. We had sessions on outreach and advocacy, nutrition, sports, diagnosis and mental health. All the speakers educated me from a patient’s perspective which I could relate to, but also in a professional perspective so that I felt comfortable in those areas for not only my own control but to go out and help others feel this way too.”

2. Having been diagnosed during your school years, were there any standout challenges you experienced in accepting this condition and feeling comfortable among others?

SB: “I was diagnosed in Primary School Year 4. It took me a while to go back to school after my diagnosis because I was too scared that it wouldn’t be the same as before I left, and I loved school. I just remember everyone was so lovely to me when I did go back. I embraced it at the time. Everyone was always asking if I was okay, even the older kids I didn’t speak to, people were letting me skip in front of them in the lunch queue, I got to sit on a chair in assembly when the rest of my year were sat on the floor. It was great, but at the same time it was very weird and made me feel like an odd one out, which is definitely not how I wanted to feel. The main challenge for me was having the confidence to speak up when I wasn’t feeling okay.”

3. What key bits of advice would you give to others in their school years who have been diagnosed with type 1 diabetes?

SB: “I had a meeting with my teacher and my mum and worked out a solution to help me feel more confident to tell someone when I needed help. We made special ‘Simran’ cards, which were like the size of a passport photo and bright orange. When I felt low or high or just needed a break I would just show my pass in the air and me and my friend would be excused from the lesson. Usually we were only allowed to stand outside the classroom and if I needed a teacher’s help or to go to the medical room my friend would have to tell the teacher. Just this little system really helped me feel at ease at school because there were never any questions asked and my diabetes care was always supported. I even carried it on throughout secondary school. You can also arrange things like early lunch passes or access to a private room and definitely an emergency diabetes action plan and kit.”

4. You have done a lot of volunteer work with your local hospital’s diabetes team, can you tell us a bit about what you have got involved with?

SB: “I work a lot with my local hospital team to connect young diabetics in a less formal and scary way than at the hospital. We split up days or sessions for different age groups, so we have under 7’s, 7-11, 12-16, transition and parents groups. For the younger ones it’s more of a fun time to have a kick about or just play with some friends and a time to openly talk about their real feelings about diabetes and get advice from one another for the older ones. We’ve done things like going to trampoline parks, escape rooms, the park, animal farms or even going for a nice meal or to a family pub. At first everyone always seems hesitant to open up but the common theme of diabetes has a way of bringing people together and allowing them to express themselves in a safe space. We are currently looking at organising a diabetes residential trip.”

5. What motivated you to get involved, and what would you like to see most improved in diabetes healthcare?

SB: “I didn’t even know diabetes existed before I got diagnosed. I remember the doctor explaining to me and my parents and it all sounded like a foreign language. I struggled for years and years to accept my diabetes. I was always in a battle with myself and hated the condition in every way. Then I started talking about my feelings and eventually something clicked in my head. I started accepting the fact I have diabetes which I couldn’t change that and that it wasn’t such a negative thing. It was my superpower, It had made me so strong. I was like a superhero. That’s what motivated me. I wanted to help make this change in other people and not let them let their diabetes stop them from thriving. I think we need more positivity in diabetes care. Not just motivational lines telling diabetics they can do it but real life examples, giving them the reassurance that they too can be a fighter and do amazing things. They just can’t let their diabetes stop them, use it as a superpower instead.” 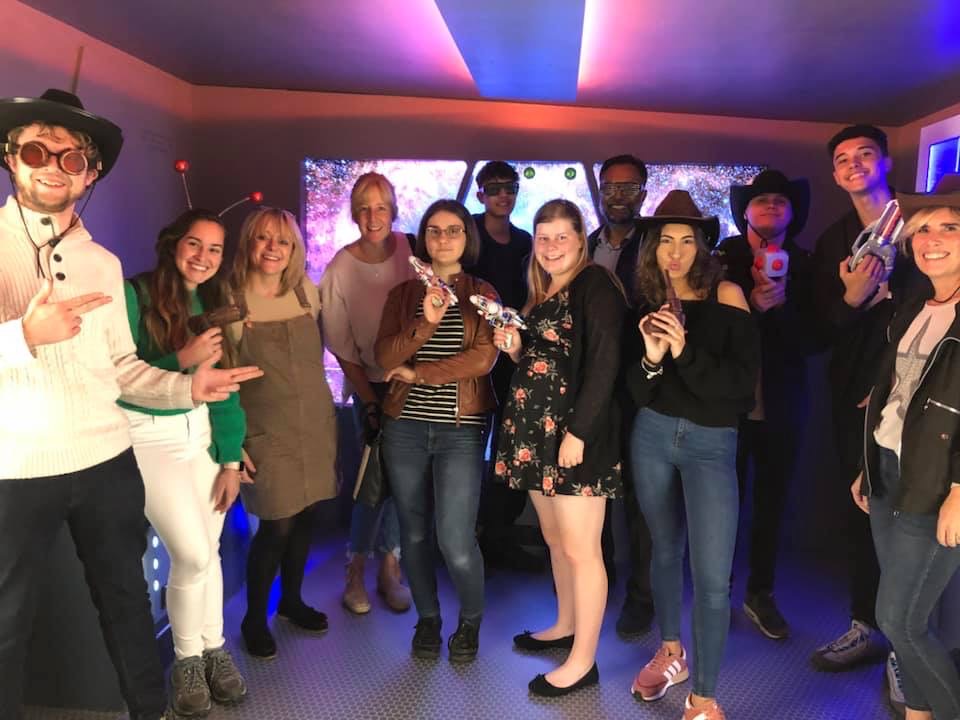 6. Recently in January you travelled to Costa Rica to volunteer at one of the LOD partner organisation’s diabetes camps – Asociacion Dia Vida – can you share a bit about this camp?

SB: “Asociacion Dia Vida in Costa Rica run an annual diabetes camp open for all children with diabetes in Costa Rica, ages 6 to even 23. It’s a residential and there’s no parents but there were volunteers, dieticians, doctors and a psychologist to ensure everyone’s diabetes was in good hands. We did activities provided by the centre but also games like LOD’s Team Beta Cells vs Team Immune System rounder, masterchef and diabetes clay modelling. Most of the people on the camp were diabetic, even most of the healthcare professionals. So everyone felt like we were all in the same boat. The atmosphere was so motivating, everyone was helping each other and I felt so special to be a part of this diabetic family.”

7. What did you learn, from diabetes healthcare differences to sharing this condition in common with others around the world, in being at the Dia Vida Camp?

SB: “I’ve probably said this already but there’s something about having diabetes that unites people, and this connection is worldwide. I don’t know how to explain it, we just understand each other. Our personalities may be completely different but we don’t care, we get each other. Anyway that’s a similarity worldwide. The main difference I found was the access to supplies. Everyone on the camp had a basic blood testing kit and access to limited insulins but anything more than that had to be paid for separately by the patient. So some children had pump, some had insulin vials with syringes, some people had CGMs and some had meters that took 1 minute to read the blood. This just shows how vast the treatments for this condition are and how different this 1 condition can be for different people.”

8. In regards to travel and type 1 diabetes, from this experience from airports to time zone changes, how did you cope and what tips on travel with diabetes would you share to others from this?

SB: “I love travelling and I sure don’t let my diabetes stop me and neither should anyone. I use the rule that if I am away for more than 3 days then I will change the time I give my long acting insulin to the time zone of where I am . If it is less than 3 days then I usually just give my long acting injection at my usual time in England just in the other country. It’s important to always keep one way of knowing what the time would be back home. For the airports I always carry a medical letter from my healthcare team with me. It usually says that I am diabetic and I will be carrying extra insulin, needles and maybe a small machine attached to me as my medical supplies and is signed off by a doctor. This way if security ever ask me any questions I have a document to confirm why I am carrying these supplies. Also I always keep my insulin in a frio pouch, they’re amazing.” 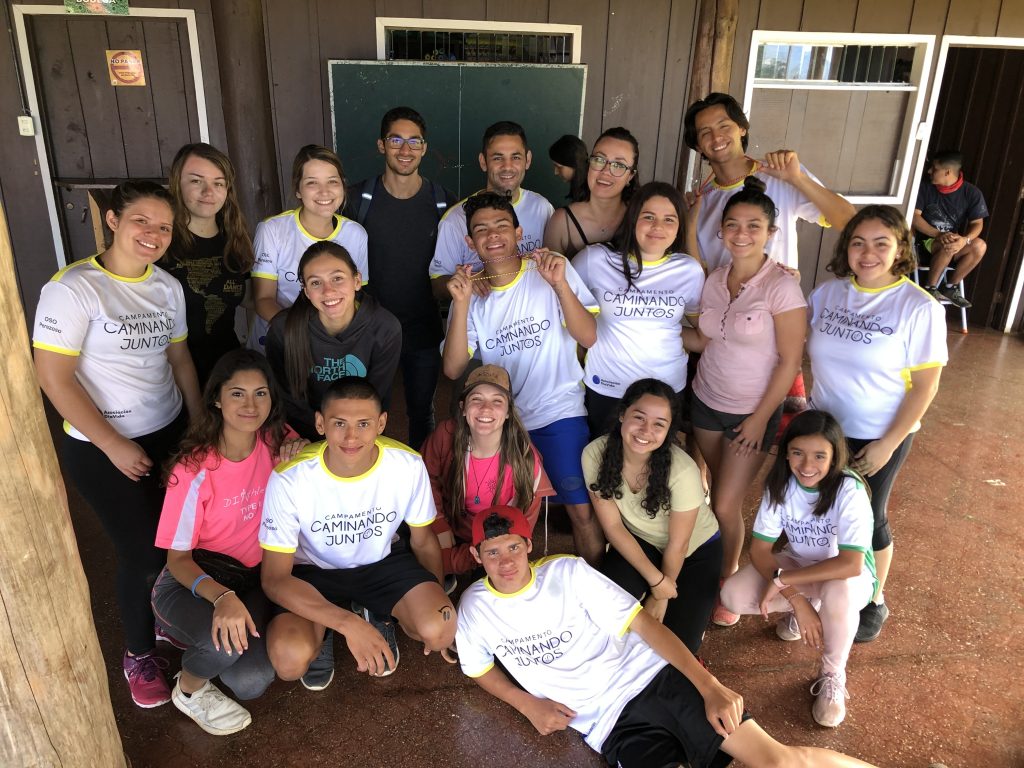