Jordan Thompson is a talented professional cricketer for Yorkshire County Cricket Club (CCC), who was diagnosed with type 1 diabetes 7 years ago at the age of 16. In this DiAview, Jordan shares about his journey in cricket with diabetes, including the hurdles around sport during this year’s pandemic and lockdown, and the initial fears he faced following diagnosis but inspiring attitude he embraced that has seen him reach the top level in the sport he loves. 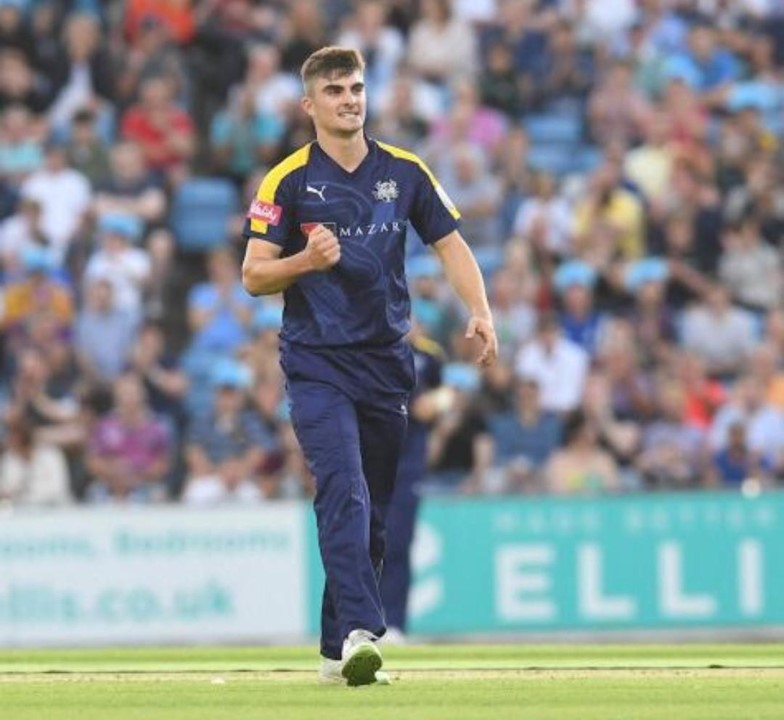 1. Cricket is back! How has it been going since returning from the lockdown break? And have you noticed any differing impacts on your blood sugar levels where adrenaline is concerned with no fans in the stadiums?

JT: “It’s been a very good, intense schedule since returning from lockdown. We had a packed training schedule from the end of July to the start of August to prepare us for a 2 month season.

We are pretty much half way through now and personally I have done very well! My blood sugar levels are actually a lot easier to control when I’m in a good routine with playing and training. So lockdown was a bit of a pain as I went from training a lot in February/March, to pretty much doing anything. Up to now I’ve done a good job of keeping control of my levels and hopefully it will continue.”

2. When diagnosed, how did you take it and what were your initial thoughts and questions?

“At first I was shocked. I thought that I wouldn’t be able to play sport again, mainly because I didn’t really know what diabetes was at the time. But once I’d got a grasp of what was to come, it was a matter of working out routines for my sport and fitting everything around school life. I felt like I got used to it pretty quickly and realised that it was just going to be my life from now on. I always had a positive outlook towards it and I feel like that’s very important.”

3. How challenging was it for you to get back into cricket after diagnosis? Were there any harder lessons and what motivated you?

“It was challenging because I had to figure out routines for eating before and after my games or training sessions, and also workout how different sessions had an affect on my blood sugar levels. Playing sport was the thing that motivated me because I’ve always wanted to play professionally since I was young. I think it spurred me on more because it was a setback that I wanted to overcome. I think I’ve earned a lot of respect from people by reaching the level I am at with type 1 diabetes.”

4. On matchday, what’s your diabetes routine for preparing, do you tweak or consider anything from meals to insulin?

“I always have sugary food/drinks with me in the changing rooms just in case I have any hypos. On a morning I will take less insulin than usual to make sure that my blood sugar levels don’t drop during the game. And throughout the game I will also take less insulin. I don’t mind if my levels are slightly higher than usual because the last thing I want is to be low.”

5. What tends to go on with your levels during and after a game?

“It depends on how well I look after them. As I stated before I don’t mind them being slightly higher. When we have a big crowd and an intense game, my blood sugar levels do like to creep up, but it’s something I have to deal with after the game and ensure that I don’t crash when I go to bed.”

6. Was it difficult at all to share with your club, teammates and coaches, about diabetes and get them to understand what was required?

“We have a close knit environment at Yorkshire CCC, so it wasn’t too hard to tell everyone. The lads were quite interested about what diabetes actually was so it took quite a lot of explaining to get them to understand. They had to learn fast that they weren’t allowed to just take my Jaffa cakes from the changing rooms because i could need them in an emergency. But I took it quite lightly as they probably didn’t understand how serious it could’ve been!”

7. What would be your key message for other aspiring athletes with T1D?

“My key message is just to stay positive. It’s a barrier that we have to overcome but if you have a positive outlook on your diabetes and your sport then they will work hand in had with each other. Don’t let it hold you back.”