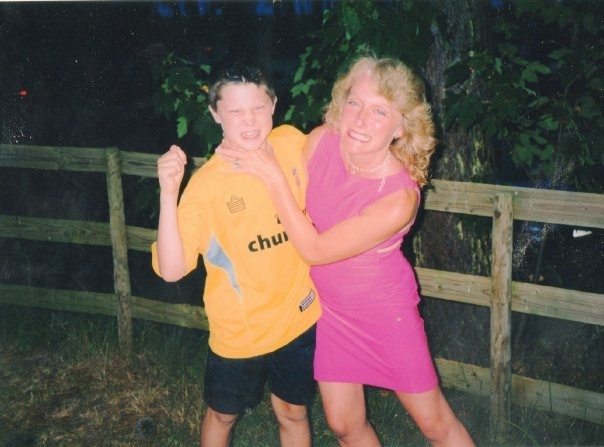 1.What do you recall your initial reaction being when you first heard about your son, Gavin’s diagnosis to type 1 diabetes?

“I was in shock to start with – the doctor had asked me to leave a urine sample and within half hour rang me and said Gavin’s urine is so high in sugar that she had contacted the hospital and they were waiting to take him straightaway. When we arrived they put him in a wheelchair took his blood sugar test and the machine read ‘High.’ The next thing he was in a hospital bed attached to a drip of insulin! Then the nurse was saying once the blood sugars were stable they would take him off the drip and he would start injections!

I remember asking: “how long will he need injections for?” And they said, “For Life!” I just felt numb- as if I was having a bad dream! I didn’t know anything about diabetes at all!

2. How did your life change as a parent to suddenly take on so much more responsibility for your child’s health, and how did the whole family adapt?

“It was totally life changing. The food shopping took twice as long for a start! I found myself reading the ingredients of everything I bought. The doctor had said if the sugar was at the top of the ingredients list it had the most sugar. We had always been on a low sugar, low fat diet anyway but it just made me even more wary about it. I was determined that Gavin would not look in the cupboards and see things that he couldn’t eat (being initially on mixed insulin) and that we would all be eating the same foods in the house. At the same time I was hiding secret stashes of biscuits and chocolate in case of hypos. And he bloody found that!

“The hardest food was cereals and having to explain that certain ones he could only have them if he was lower in the mornings. In those days we did not carb count like today, the doctors told you how much to take by you telling them how much they generally ate, but the mixtard insulin had to be given 10 minutes before eating, and blood sugars had to be taken before that. This all had to be put into our daily routine. Diabetes took over our lives – taking blood sugar tests was the first thing you did in the morning and the last thing you did at night, and even when he was asleep, before I went to bed. It seemed like to me that was all you could think about!

At the same time I wanted life to stay the same for Gavin, and I promised him that he could still do everything that he always did and this was a condition that we just had to learn how to control. This meant having to explain to everyone how to treat a hypo, how to take blood sugars, insulin injections: teachers, parents of friends, grandparents, sports coaches and even his 8 year old friends. My husband and I were determined that we would as a family still do all the things we always did: go for days out, holidays, go to family and friends houses for dinner and have people to ours, restaurants, and that Gavin would still go to his friends and on school trips. 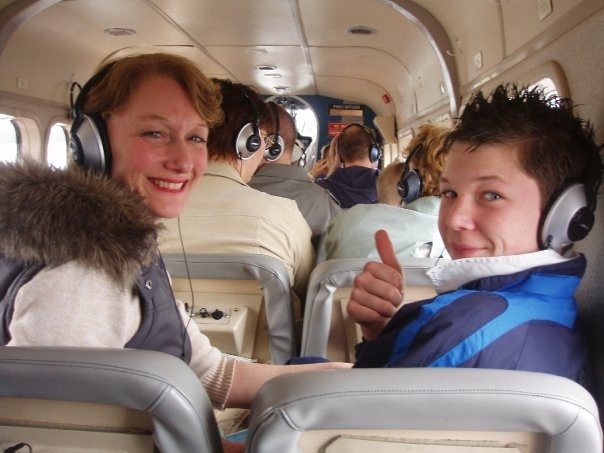 3. Were there ever any conflicts or forms of jealousy between siblings, with one requiring more “attention” due to diabetes at times, and how did you go about handling that situation?

“My daughter was 11 when Gavin was diagnosed, and had only been at secondary school for 4 months. It is only in recent years that I have thought about how difficult it must have been for her to have yet another change in her life. She was really worried about her brother to start with, especially when she saw him in hospital on a drip and watched him have injections and his fingers pricked. She had always been petrified of injections, and felt so sorry for him, but also relieved that it wasn’t her because she always said that she would not be able to do it, she thought he was so brave.

“I explained to her at the time that Gavin would not have chocolate bars and cakes and sugary things unless his blood sugars were low and he needed them, and that we would not have the “favourite” breakfast cereals anymore, and she never complained or asked for anything that wasn’t in the house. We all just ate the same food as Gavin. If we went out to restaurants they would have desserts as treats, and on birthdays they would have treats. Kaylie just accepted that. She knew if he was low he should have an energy drink to pick him up but what she says now, is that I never really explained the condition to her. I was probably too busy learning about it all myself, and explaining things to Gavin, that I didn’t think about talking to her about it. The one thing that always annoyed her was the way Gavin spoke to me when he was having an hypo. She always said that she would never talk to me like that – and I would never have let her. The problem being that apart from being verbal and argumentative to me, he was often showing no other signs of having a hypo, so she would have a go at him for doing it, which would make the situation worse and then she would say I always stick up for him because he is diabetic.

Unfortunately this could cause some friction and is something that even my husband found hard to handle, because you didn’t know if he was low or being rude. I knew, and still know when Gavin is low; I was his punchbag, and that was always a sign to me – he can be an argumentative so-in-so at the best of times, but if he was being rude I always used to say: “Take your blood-sugar and you better hope you are low!!”

4. Reflecting back on type 1 now, would you say this has strengthened your bond at all?

“I would say it has definitely give us a tighter bond because we have gone through so much together! We went through that life changing experience together and had to learn about it together. I always told Gavin to believe in his dreams and make them come true, and that his diabetes is a condition that we have to learn to control, but it would never stop him from doing anything! His football match days were difficult, because his blood sugars would go all over the place. We would expect him to come off the pitch low, and he would be high! Then later after having a big roast dinner and dessert, he would go low! We did not get enough advice and support to help control his blood sugars during sport, but we never ever told him to stop playing, we just experimented with insulin dosages and what he was eating to try and correct it.

“I think our bond is strong because we never stopped him from doing anything he wanted to do because he was diabetic, we would encourage and support him. We would hide our own fears and worries and let him go away on all the school trips and stay over at his friends. We had promised that this condition was not going to stop him from doing anything. I think now Gavin has grown up and looks back he appreciates that we didn’t wrap him up in cotton wool , and that has helped him to have the courage to do all the things he does today, and this has all contributed to us having a strong mother- son relationship!

5. What advice would you give to other parents experiencing type 1 diabetes?

“The advice I would give to parents is to treat diabetes as a condition not as an illness, teach your children to control the condition and do not let it control your lives. Be strong for your children, let them be independent, take their own blood sugars and do their own injections. Help them to understand their bodies and this condition. Don’t stop them doing something because they are diabetic, but support them to do anything they want to do. Encourage them to believe in their dreams and make them come true! Involve your other children and make sure they understand this condition and how it can affect mood swings and behaviour. Continue to be a family and do all the activities you always do.

“You don’t want your child to feel different in their own home, so all eat the same foods – everyone should be on a healthier diet anyway (nothing to do with diagnosis of course but with long term management)! Be in touch with other parents who have children with diabetes; you can share experiences and help each other stay strong. 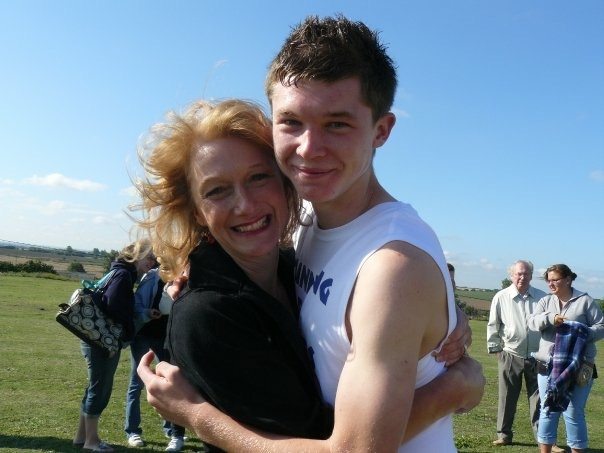